By Sathishkumar Ayyasamy on February 4, 2014@yeahsathish

After a long speculation, Microsoft today announced that its board of directors has appointed Satya Nadella at the company’s new chief executive. Previously, he was executive vice president of Microsoft’s Cloud and Enterprise group, responsible for building and running the company’s computing platforms, developer tools and cloud services. 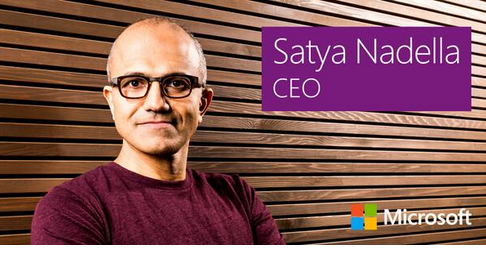 “Microsoft is one of those rare companies to have truly revolutionized the world through technology, and I couldn’t be more honored to have been chosen to lead the company,” Nadella said. “The opportunity ahead for Microsoft is vast, but to seize it, we must focus clearly, move faster and continue to transform. A big part of my job is to accelerate our ability to bring innovative products to our customers more quickly.”

“During this time of transformation, there is no better person to lead Microsoft than Satya Nadella,” said Bill Gates, Microsoft’s Founder and Member of the Board of Directors. “Satya is a proven leader with hard-core engineering skills, business vision and the ability to bring people together. His vision for how technology will be used and experienced around the world is exactly what Microsoft needs as the company enters its next chapter of expanded product innovation and growth.”

Microsoft began looking for a new CEO in August when Steve Ballmer announced he’d retire within a year. Ballmer’s decision to retire was a surprise, as he had previously said he didn’t plan to do it until all his kids were in college, which wouldn’t have been until 2017 at the earliest.

Watch his first interview as CEO of Microsoft: