Acquisition Stories Around The World!

In the recent years, we hear more start-up stories. Many were not not even recognized at the same time. But, when you’re on the track each and every tech giants will have an eye on you. These are the examples.

Branch, A link sharing services and the sister service Potluck have agreed to be acquired by Facebook for around $15m. CEO Josh Miller broke the news in a Facebook post this morning, but didn’t disclose a price. The Branch’s team of nine will remain in New York, Miller says, and will form a new team at Facebook called “Conversations,” whose goal will be to help users “Connect around their interests.”

It’s been an Acquisition month for Facebook. They acquired a Bangalore-based start-up company called Little Eye Labs making it the social networking giant’s first acquisition in India. Little Eye is a tool that helps Android app developers to measure, analyze and optimize their apps.

Aviate is a company which makes a Smartphone app that automatically brings up relevant information or other apps to suit a user’s activity. Yahoo Chief Executive Marissa Mayer Speaking in a keynote at the annual technology industry gathering in Las Vegas announced that they bought the company and didn’t disclose the price. “Imagine if your phone can deliver the right experience to you at the right time instead of you having to search for it,” Mayer said. “What if your phone suggested music and map apps when you got in your car or fitness apps when you got into the gym?” 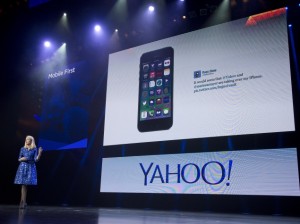 Ideeli, an online fashion retailer that specializes in flash sales, for $43 million in cash. The company was founded in New York in 2007 and they’re allowed to run their website though they have been acquired by Group-On. “Ideeli extends our fashion presence and brings great relationships with many of the top brands in apparel,” Group-on CEO Eric Lefkofsky said. “Our customers have a demonstrated appetite for these offers, and by broadening our reach in this space Group-on is even better positioned.”

To celebrate the acquisition, ideeli is offering 20 percent off your next purchase through January 14. This is the second acquisition in this month for Group-On. They announced that it has completed the acquisition of Ticket Monster, a leading Korean e-commerce company, for $260 million in cash and stock. 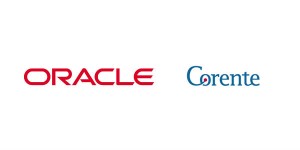 Corente’s software is meant to be used to manage connections among data centers, not necessarily inside of a single data center. Lot of happening inside Oracle in these days and they are planning a big thing in the future. Terms of the deal were not disclosed, but it should close later this year.

The year 2014 is going to be an Acquisition year. We at @zombieslounge predict.

I never think of myself as an icon. What is in other people's minds is not in my mind. I just do my thing.
Related ItemsAcquisitionAviateBranchfacebookGroup-OnOracleYahoo
← Previous Story Good Time For Timely! Google Acquired It!
Next Story → Confirmed: Google acquired Nest Labs for $3.2 billion in cash!