By Sathishkumar Ayyasamy on January 25, 2014@yeahsathish

Update: Google is now up and running! Still we have issue on Google+ and other services. At this stage it appears that some have service restored while others remain completely unable to connect.

Google calls this a “disruption” in its Gmail service according to the Apps Status Dashboard, and promises “more information shortly.” 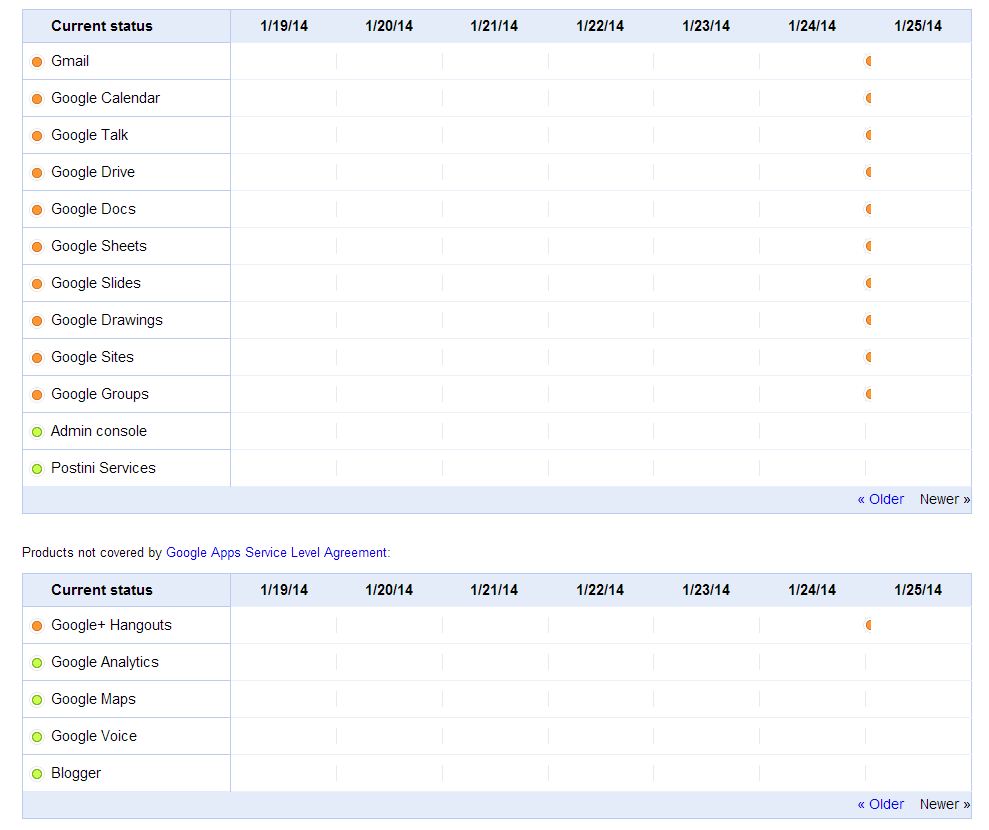 Gmail is currently experiencing what appears to be a widespread outage, with reports coming in from India, Europe, the U.S., Canada and beyond that Google’s email service is down. Every service from Google goes down. Reports are flooding on twitter about the outage.

We guess this is the first time Google is experiencing this kinda outage. The error being seen by most users at the moment is a (500) code problem, which pretty much just indicates that it’s a temporary problem and doesn’t give a clue as to cause.

The Google+ outage also affects YouTube comments under the new system, which means those aren’t loading at all on videos, as well as Hangouts across the web and mobile.

Similar Incident was happened a year ago on August 17, 2013. Google just gone down for five minutes between 15:51 and 15:52 PDT and 50 to 70 percent of requests to Google received errors; service was mostly restored one minute later, and entirely restored after four minutes.”

Note: Google’s Site Reliability Engineering team, which makes sure Google services stay up, was doing an AMA on Reddit exactly when this happened.