By Rajkumar Selvaraj on February 3, 2014@rajkumar_geek 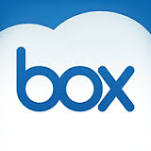 1. Storage service companies box and Dropbox are changing the way individuals and enterprises store ,sync ,access and share the data.

2. Box reportedly filed paperwork for the next IPO according quartz and the first major cloud storage player to go public .

3. This IPO filed under US law that allows firms with revenues of less than $1 billion to avoid public disclosure until near the end of the dealing in accordance with JOBS Act.

4. While IPO deal ,The company is valuing approximately $2 billion .

6. Box signed with credit suisse, JP morgan chase and morgan stanley to help with the stocks.

7. Box has more than 20 million individual users and more than 200,000 business customers using the storage service.

8. The company tells that more than 95  percent fortune 500 companies using the service.

9. Box is improving the security for the cutting edge “data and privacy protection” and also provided features for IT administrators.

10. Box not yet given the official message about this IPO progress.