By Sathishkumar Ayyasamy on February 3, 2014@yeahsathish

When it comes to open technology, The main focus will be the cost. Facebook strictly followed that and saved $1.2 billion over the last three years. The focus on open hardware was a logical outgrowth of the way the company views the world, according to Zuckerberg. 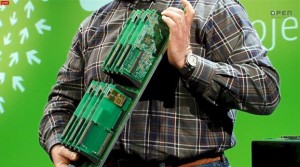 “Facebook has always been a systems company,” he said. “A lot of the early work we did was with open systems and open source.” How they saved this huge amount of money.