Yet another Inspiring story is what all I can say. Four years ago, Brian Acton was looking for a job. Facebook, Twitter said “No” to him. So, he and Jan Koum, a colleague from Yahoo set out to do their own thing. Today, they sold that thing to Facebook for whooping $19 billion. Facebook will pay $4 billion in cash and the remaining $12 billion in Facebook shares and $3 billion in restricted stock units. Facebook just made two more Silicon Valley entrepreneurs into billionaires.

WhatsApp Messenger is a proprietary, cross-platform instant messaging subscription service for Smartphones. In addition to text messaging, users can send each other images, video, and audio media messages. As of November 10, 2013, WhatsApp had over 190 million monthly active users, 400 million photos are shared each day, and the messaging system handles more than 10 billion messages each day. In a December 2013 blog post, WhatsApp claimed that 400 million active users use the service each month. The below pic shows you the key stats about it. 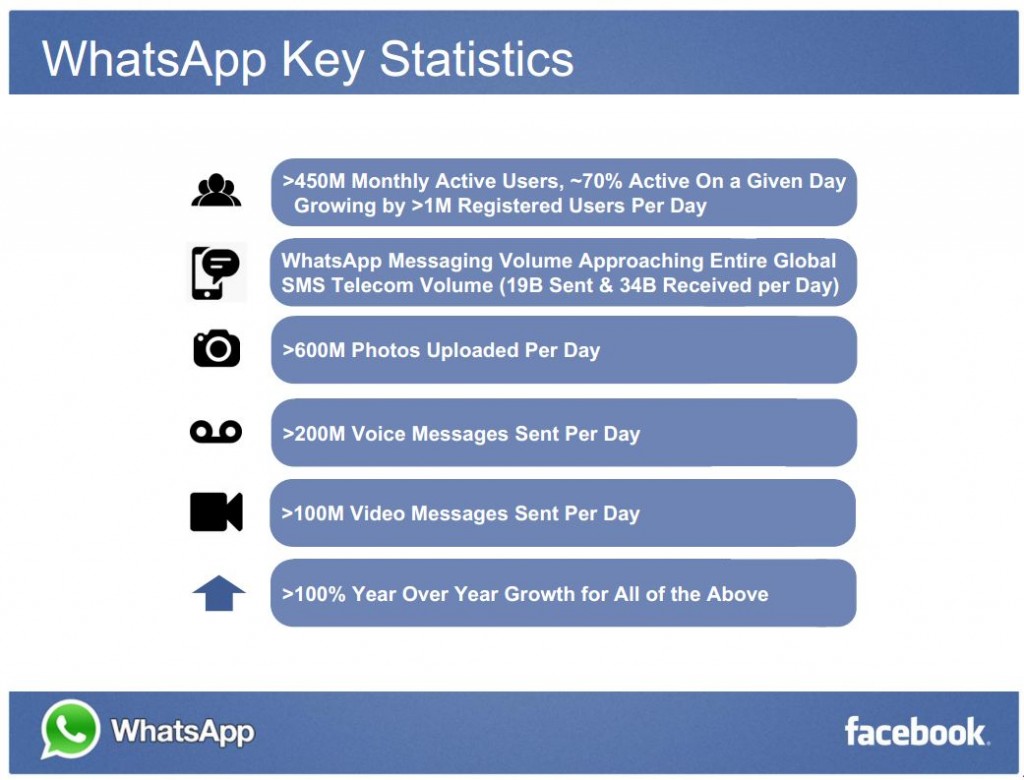 Many speculations that Facebook has planned to implement WhatsApp data for the targeted ads. We don’t know how far is that true. But Zuckerberg told us clearly that Facebook won’t be throwing its advertising weight behind its new acquisition WhatsApp like it did with Instagram.  This acquisition is truly an awesome benefit for Facebook.

WhatsApp Co-founder & CEO Jan Koum join Facebook Board of Directors! He said, “WhatsApp’s extremely high user engagement and rapid growth are driven by the simple, powerful and instantaneous messaging capabilities we provide. We’re excited and honored to partner with Mark and Facebook as we continue to bring our product to more people around the world.” 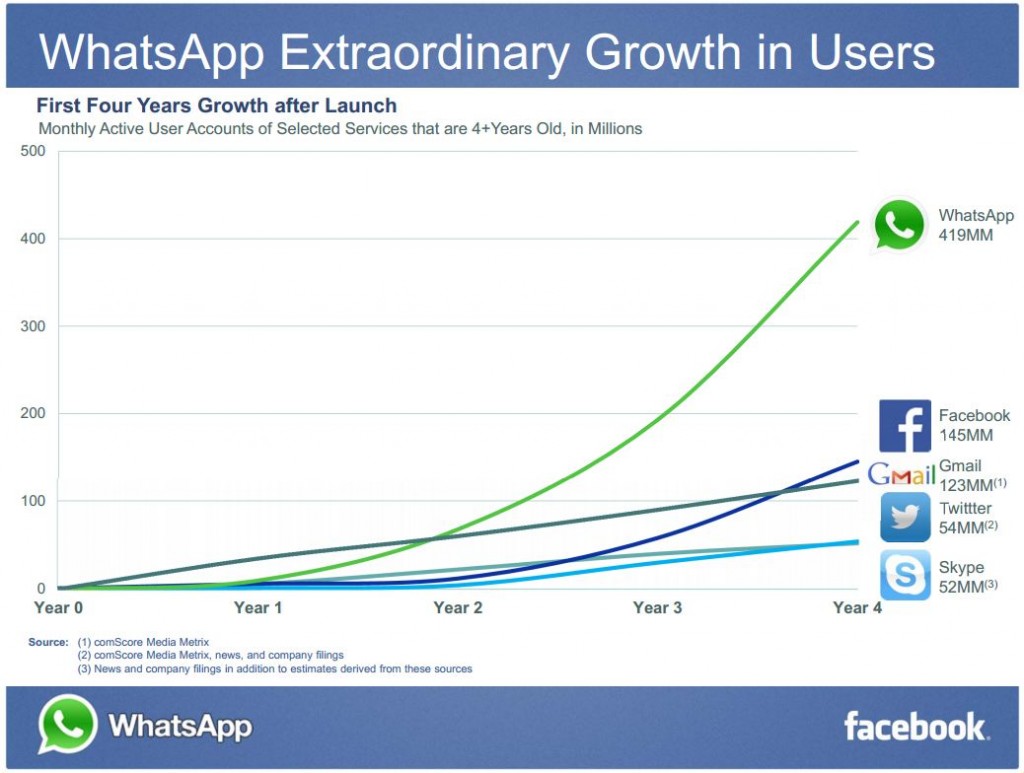 Facebook turned me down. It was a great opportunity to connect with some fantastic people. Looking forward to life’s next adventure.

Life is crazy isn’t it??

This story is developing….