Home / News / Welcome you all to the new Google Maps

Welcome you all to the new Google Maps

Finally, Google today announced that it is now rolling out the new Google Maps to all of its users as the default option. This will make its way onto desktops around the world. Since Google announced the new version of Maps at its I/O developer conference last year, users were able to switch between the two versions. 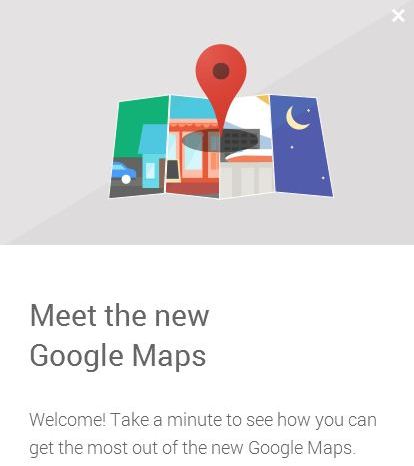 They stunned us by showing some awesome demo about the new Google maps like Real Clouds, Inside a place, 3D photo tool, Earth travelling from the space.

It’s now even easier to plan your next trip, check live traffic conditions, discover what’s happening around town, and learn about a new area—with Pegman’s help if needed. Here’s a quick refresher on what to expect in the new Google Maps:

Get where you’re going, faster.

See the world from every angle.

Google Maps’ lead designer Jonah Jones told that over the last few months, the team focused on speed improvements, reducing clutter and bringing back features like the pegman and routing to multiple destinations, as well as Google’s new 3D Earth tours, and the integration of traffic accident data from the recently acquired Waze. According to Jones, the main idea behind the redesign was to make the experience as immerse as possible and to remove clutter by only giving users the information they need.

Take a look at this video where Google announced the new map at Google I/O 2013.