How about a Smartphone that can learn and map the world around it?? Yes, Google today announced  Project Tango, an Android-based prototype 5 inch phone and developer kit with advanced 3D sensors out of its Advanced Technology and Projects (ATAP) hardware skunkworks group. 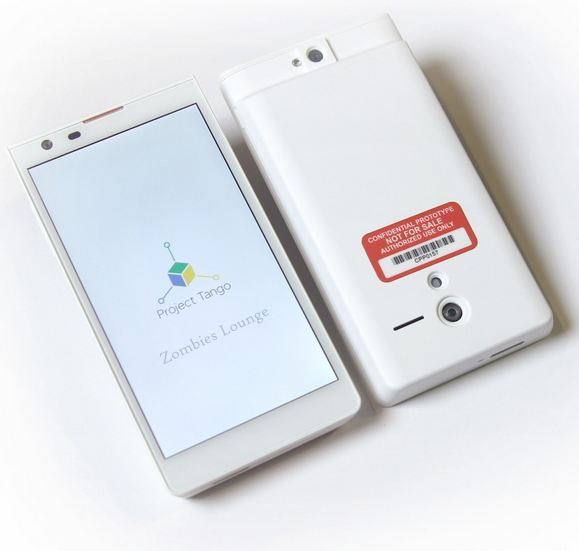 It runs Android and includes development APIs to provide position, orientation, and depth data to standard Android applications written in Java, C/C++, as well as the Unity Game Engine. These early prototypes, algorithms, and APIs are still in active development. So, these experimental devices are intended only for the adventurous and are not a final shipping product.

The goal of Project Tango is to give mobile devices a human-scale understanding of space and motion.

Starting today, Google will allow developers to sign up for access to these phones, but the first run will be limited to a hand-vetted group of 200 developers. Developers will have to provide Google with a clear idea of what they want to build with the device and the company expects to allocate all devices by March 14th, 2014. It will allocate the devices to developers who want to build apps for “indoor navigation/mapping, single/multiplayer games that use physical space, and new algorithms for processing sensor data.”

Technology Enthusiast!
Related ItemsAndroidarticlesGoogleProject Tango
← Previous Story Biggest Win: Facebook is buying WhatsApp for $19 billion
Next Story → Apple has Siri, Google has Google Now, and Microsoft is about to get Cortana.