By Sathishkumar Ayyasamy on February 28, 2014@yeahsathish

Uff.. Finally, Google gave its Hangouts app a complete revamp for iOS. And it looks similar and familiar to the users of other messaging app. The new iOS app includes tabs along the bottom of the screen with categories like Hangouts, Favorites, and Contacts, Calls similar to other messaging apps like Facebook Messenger, WhatsApp and Telegram. Oh yeah, I should add Telegram after whooping 8 million downloads. It’s a rock-star app now. 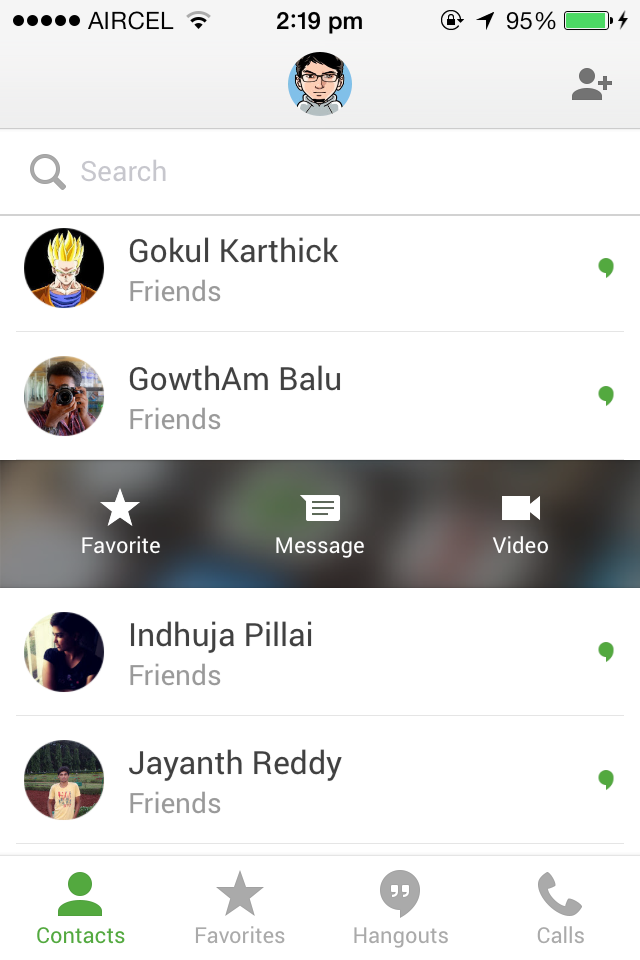 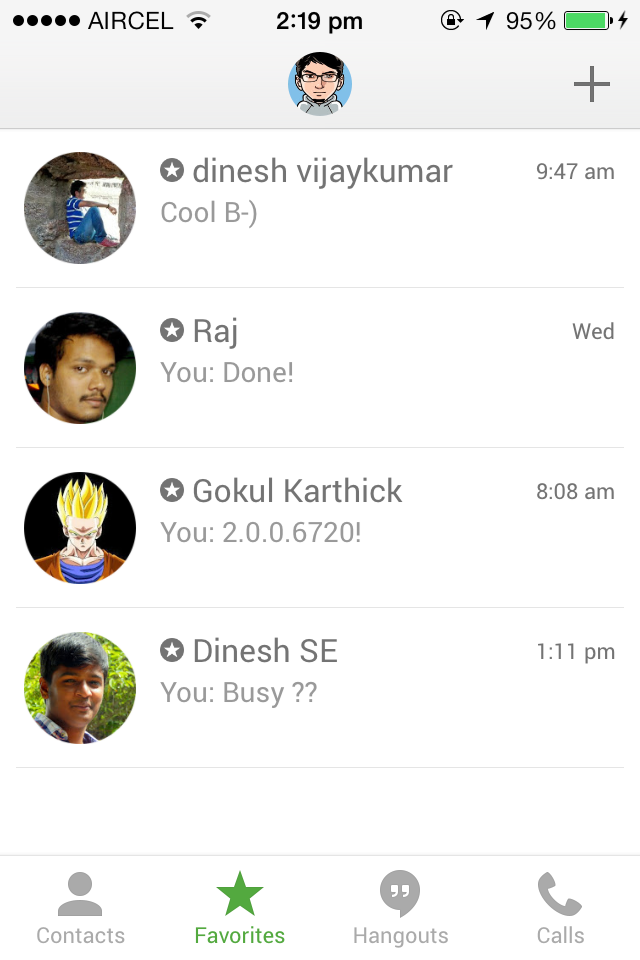 The new version of Hangouts includes other features present in rival messaging apps, such as the ability to send videos, stickers, or your location within a conversation. Previously users were only allowed to send a photo. It’s also optimized for iPad and includes two panes, meaning you can chat on one side of the screen while scrolling through your contacts or existing Hangouts on the other. The old version of Hangouts for iPad had only one screen, and no tabs along the bottom.

It’s really a most awaited update for iOS users. And Google has planned it right because Messaging is the feature of the moment right now in the tech community and obviously It’s after Facebook-WhatsApp acquisition.

Incase you haven’t installed the Hangouts because of the obselte version. Now, you can download the new iOS app in the App Store