By Sathishkumar Ayyasamy on March 10, 2014@yeahsathish

One thing that stops Apple’s next version of the iPhone would be this, iPhone Air Concept 2014 by Sam Beckett. Because It’s an awesome design with fine details. Trust me, he just nailed it.

The concept demonstrates an iPhone that is 17 percent larger display and 68 percent more pixels. The depth of the iPhone Air’s gestated version is 7mm that’s 9 percent thinner than its predecessor. Beckett adjudicated that the iPhone Air will sport a 4.7-inch screen supporting a resolution of 1920x1080p and that’s 468ppi.

“Some extra space could be potentially utilized by reducing the width of the side bezels and by also slimming down the top and bottom of the phone frame.” Beckett added.

The use of sapphire crystal has been widely rumored in the past 6 months. Apple bought “3 year supply” of sapphire in advance for about $578M. The benefits of using Sapphire Crystal come mainly in the form of added durability and added scratch resistance. Other features like a 10 megapixel sensor and an increased aperture of f/1.8 and a faster and more efficient A8 chip. 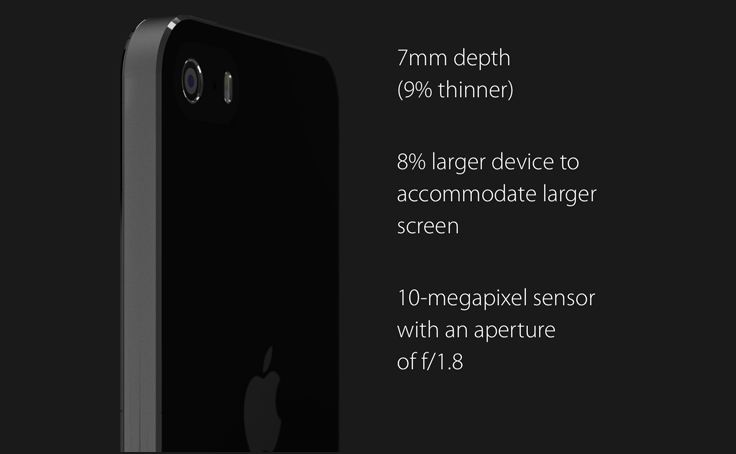 “I wanted to keep the core design of the iPhone very much in line with what customers expect from Apple.” According to Beckett.

Now, the first thing that Apple should consider doing is, designing a new version of their iPhone better than Sam Beckett.