Home / Article / Fin: A tiny little ring that turns your palm into an interface! [Wearable]

Fin: A tiny little ring that turns your palm into an interface! [Wearable]

We are going to talk about “Lord Of The Rings”. Just kidding. In future, Everything will be wearables. We are busy talking about Google Glass, Pebble watches  and Ear Switch. Have you ever heard that a Bluetooth ring can turn your fingers into buttons. Here it is. Fin, a smart little hardware that you can wear on the thumb as a ring and it will turn your Palm into an interface. 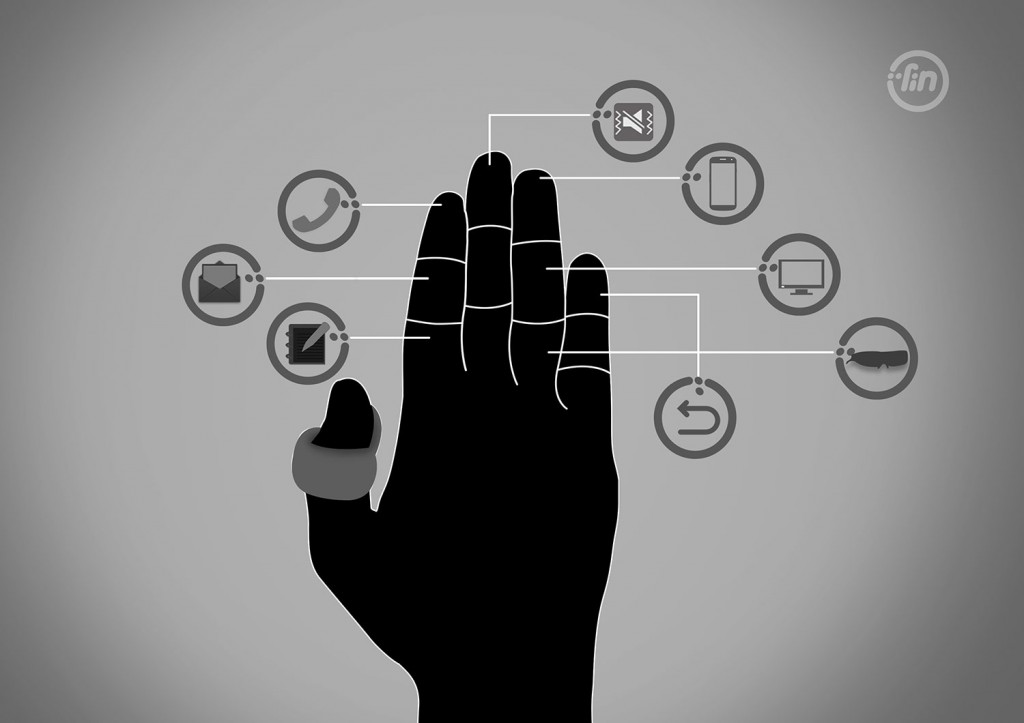 For example, a person driving a car can use Fin as their key, control the music player and take phone calls without using their hands. A Smartphone user can use their index finger to zoom in and out, turns your hand into a keypad. It was developed by a 23 year old Indian called Rohildev and he gave a live demo about this Smart Ring at GSMA World Mobile Congress 2014.

This wearable device received an overwhelming response on crowdfunding platform Indiegogo. He raised $202,547 from some 1650 people around the world who have pre-ordered the product. This is the first Indian hardware-cum-software startup to have had a great response from the crowdfunding. Lately, a coin-sized electronic device raised $135,410 more than double the initial target $50,000.

RHL Vision was one of the top 15 companies at the TechCrunch CES in Las Vegas this year, a competition for hardware startups. “There’s no effort, no stress. Unlike other Touchless technologies, you don’t have to raise your hand, wave your arms, nothing that tires you,” says Rohildev. For instance, Ring, from California-based Logbar, can be used to perform functions similar to those that Fin can, but it involves gestures. Here’s an Intro video about Fin.

Fin will be priced at $120 each, but that cost could come down with mass manufacturing. The first shipments are expected in September. “The Indiegogo campaign helped us identify some good manufacturers and distributors too. Many want to fund us now”, Rohildev says. The monies raised will be used to complete the product development and for marketing.