By Rajkumar Selvaraj on March 14, 2014@rajkumar_geek

1. Developing and deploying Graphics Eating Games, HD Media Streaming Apps will become easier using the Amazon AppStream’s Client and Server SDKs. AppStream helps Developers to offload the GPU sensitive back-end work to the cloud and run the Client front-end applications in Desktops and mobile devices. So, the Games and Media will be streamed to the Client devices and the mouse or touch inputs could reach the back-end servers simultaneously giving the users a rich HD experience. This would create a revolution in the world of Gaming and Media Streaming Services. These Applications will run on G2 instances on Amazon EC2. 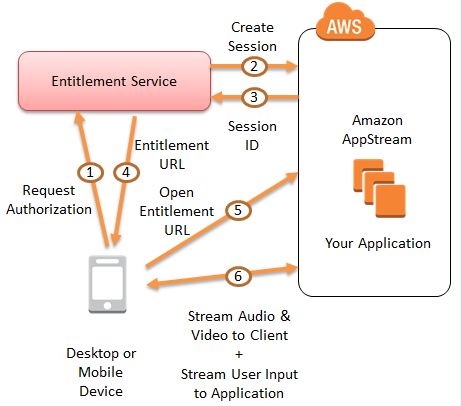 2. Last November Amazon announced AppStream on Amazon Reinvent global conference and made available to an initial group of developers.

3. Now Amazon released AppStream to all the developers around the world. This service needs zero upfront investment. So you can pay for what you use.

What is Amazon AppStream?

What  is Amazon WorkSpaces?