Home / Bitcoin / What Bitcoin can do to your Business ??

What Bitcoin can do to your Business ??

Bitcoin is one of the fruits of technology and Innovation. The modern world has evolved in all possible ways, right from the smallest of things to Robotics and Artificial intelligence. But when it comes to money there was not much of progress until the Bitcoins were invented. Bitcoin gave a new face to the global currencies and it gave more freedom to the users as well. 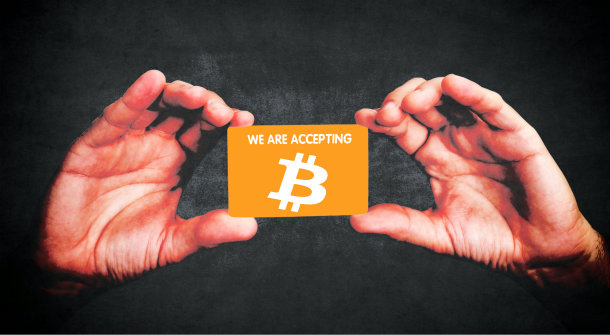 Early in the 2000’s most shopping sites had Cheques, Demand Draft and Cash or cash Deposits as their mainstream transfer options. Later came the Evolution of Credit cards, Debit cards and they took over the on-line shopping Merchant system. These cards still hold good for on-line transaction, but there are fears of running into a huge depth and unexpected fees. Then came the Bitcoins! We feel the new Evolution that will rule the Business has started.

Bitcoins bring more than just a transaction to the table. Any company that accepts the funds as Bitcoins are indirectly increasing their investments. Assume you sell your goods for $500 today and after a year it could have made a profit of $60 or $80. But had you received the payment as Bitcoins, there is a high possibility you would double or triple the value of it. Of course, there is some risk of running lower than the investment, but there is possibility selling at the base price or to wait for more time.

Bitcoins are not seen as a taboo anymore and most countries have started to understand the same. More reputed companies have taken up the Bitcoins and started implementing for their offline and online Business. We have seen success stories of many companies those who are accepting the Bitcoins.

One of the leading providers of Bitcoin Payment Gateway – Bitpay provides all the required tools for the merchants.

The technology of Bitcoins has been a finished product yet and it does have some challenges too. The storage and safeguarding of the Bitcoin is considered the biggest risk. Large companies have to create their own cold wallets and have security specialists handle them. Smaller companies can use trusted providers like Bitpay and enable two factor authentication for account activity. The second one is that there are no regulations for these coins and business are afraid if it will be banned. We wouldn’t call this a risk for the support from the Governments has increased drastically over the years.

Bitcoins hold an interesting path ahead, the supporters from the Government and investors are increasing every day. The price of Bitcoin is expected to reach $1000 in a few years time and that would make many people on earth Millionaires. So Bitcoins and other crypto currencies are the future. It can bring more than just money for your products.

Related ItemsarticlesDigital Currency
← Previous Story MtGox: The deadline has extended till May 9, 2014!
Next Story → Chinese banks to ban Bitcoin transactions!