By Sathishkumar Ayyasamy on April 24, 2014@yeahsathish

Facebook has acquired fitness tracker app called Moves, A Finnish startup. Facebook won’t poke the app and the service will continue operating as a stand-alone app. 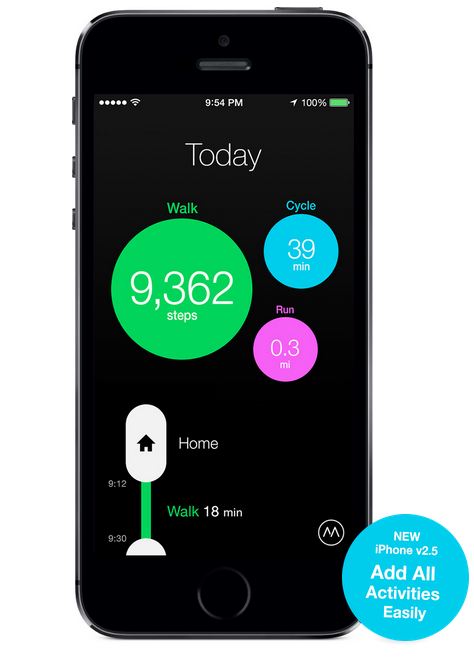 Moves crew will join Facebook’s team to “work on building and improving their products and services and that the Moves app will continue to operate on its own as a standalone experience.” The founders of Moves said in a blog post.

The app is available for iOS and Android users. It is a free app that can automatically track your walking, jogging, cycling, bike rides, and other fitness things. It can also keep track of the places you visit with a map that shows you where you’ve been and how you got there.

Moves uses the Smartphone sensors to track your movement and therefore it doesn’t require a special fitness wearable such as the Nike+ FuelBand.

“As part of Facebook’s multi-app strategy, we’re excited to announce that the popular Moves app will be joining Facebook’s suite of applications. Key members of Moves will be joining Facebook at our headquarters in Menlo Park, Calif. The Moves app will continue to run as a separate, standalone application. The Moves team has built an incredible tool for the millions of people who want to better understand their daily fitness activity, and we’re looking forward to the app continuing to gain momentum.”

Intro about the company, Moves:

Moves is developed and run by ProtoGeo Oy. The company was founded in Jan 2012 in Helsinki, Finland, to develop a pioneering all-day activity diary for Smartphones. Launched in Jan 2013, and called by Apple as ‘surprise hit’, Moves have been downloaded 4 million times to date for iPhone and Android phones.