Google’s Driverless Car – A glimpse into the future! Behold the future!

It isn’t magic! With robotic technology on the rise, new and improved methods of unmanned vehicle controlling it is only a matter of time when cars will be able to drive themselves. Google’s one of the aspiring projects is to make this a reality. So far, they have succeeded in developing a system where a car can comfortably drive it down the freeway. 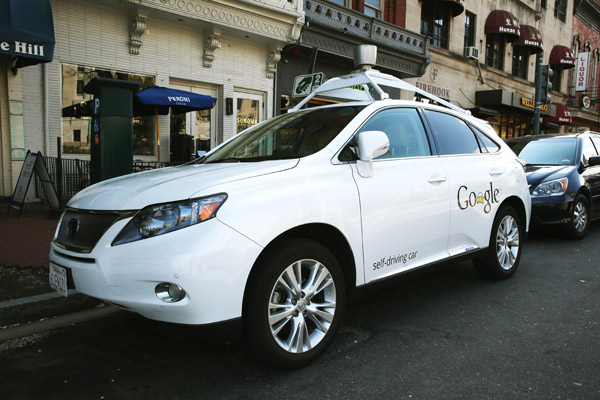 The company is working hard on finding a solution that will allow the cars to be able to perceive dangers and obstacles and react in time so that danger can be avoided. Since 2009 the project has included a lot of road testing and it has progressed to the point where self-driving cars are no longer a dream but a small step shy from completion.

Learning to drive is hard for anyone, and it requires great focus and pristine hand-eye coordination as well. However, even though a robot or a computer can process information faster than a human’s brain could, it is still not able to comprehend the immediate surroundings.

The biggest issue that Google faces is how making the car aware of everyday pedestrians and objects moving freely around on the road. Driving on the freeway is one thing, but in the city, it is far more complicated. Nothing is moving in a linear fashion, so for a computer, it will be hard to predict the paths of oncoming traffic or pedestrians.

The brains behind the project

The project director, Chris Urmson is positive and confident that in the near future, self-driving cars will be in fact everyday phenomena. However, a car becoming completely autonomous is still a far fetched idea. Although the machine will be able to do pretty much anything it is told, it will still require human interaction to a certain degree.

Chris Urmson also points out that city driving is demanding and exhausting and that is why a self-driving car is still unable to roam the streets of the city. Though, they are promising very satisfactory results by the year 2017.

As the team points out, this is not a challenge for the cars, basically any car has the possibility to become a self-driving machine; rather this is a challenge for computing science. Cutting-edge technology will allow the car’s central computer to gather and process information with lightning speed. So far, from a technical point, the processing part has been covered, but the gathering method still needs refining.

Fitting your car with sensors and radars will require some expertise, but in the end it will be worth it. With the possibility to communicate with each other, cars will be able to figure out what the best routes are, even before hitting hard traffic.

Google’s idea is to develop a system that will not only provide a safe and reliable car, but also to allow the disabled to be more independent. Furthermore, with so many sensors in a single vehicle, it will be virtually impossible to not notice the little blinking “check engine” light.

For families, a self-driving car could also mean that kids could virtually drive themselves to any place they need to be; while you can focus on your own daily  activities.

Does this mean a future lacking the human touch, people deprived of driving for   themselves and one more skill overthrown by technology? What do you think?

Are we to expect a robot in front of a wheel in no time?

Leana Thorne is a blogger finding a way to become an influential online presence. Words are her swords, news is the battleground, and technology is her war. Always is happy to speak the truth, spread some info, be of help and add value to online world.
Related ItemsarticlesGoogleRobotics
← Previous Story The Robotic kingdom to soon take over the Jungles?
Next Story → Kirobo: The Buddy Astronauts Can Happily Rely On!