Home / Microsoft / 5 Reasons Why We Would Break Our Huge Piggy Bank For A PS4!

5 Reasons Why We Would Break Our Huge Piggy Bank For A PS4!

The PlayStation, or PS as it is lovingly called by its fans, never fails to disappoint the die hard gamers with its new innovations and insanely real visuals. The latest video gaming console from Sony Computer Entertainment, The PlayStation 4, has got everyone thinking twice about what they intend to do with all the savings in their piggy bank. No clue about why everyone’s mind blown? Have a look at these 5 striking features that’s got everyone running towards the nearest Electronics store : 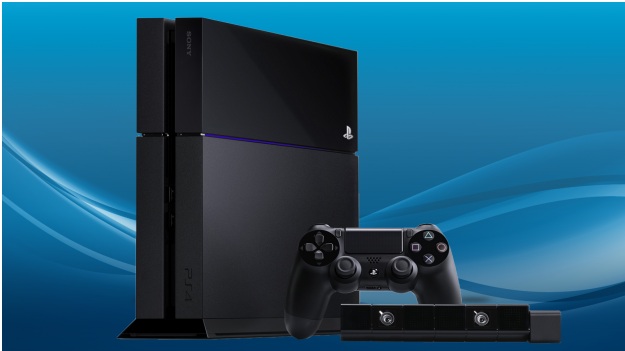 1) “Are these Next-Gen visuals for real?”

And that is exactly the thought that pops up in our mind as we have a look at graphic capabilities of the PS4, Every minute detail present in the vivid environments of games such as Infamous: The Second Son and Drive Club have been brought out with such lifelike characterization, that it almost feels like we are transported from our living room to that very scenario.

The PS4 has been developed by Directors, Designers, Technical Artists, and Animators that have left no stone unturned in delivering the best visuals through a combination of baked and real-time lighting (That hasn’t happened to any gaming consoles until now!) to enhance the look and play-ability of the environments , they have also dedicated considerable amount of time in the creation of realistic tillable textures, which in more simpler terms, strives for a more realistic art style rather than a cartoonish one. Have a peek at the dynamic visuals that PS4 has to offer to its fans:

We are gasping for breath as we  take a look at the design of the PS4, Sleek, slim and sophisticated, this gaming box is not just lighter compared to its foes, but it also makes for an attractive showpiece for your living room ! With measurements of about  275 x 53 x 305 mm, the built of this slim beauty is quiet a feat, given that this console operates via an internal power supply. Accentuating the sloped, asymmetrical, half matte and half glossed design of the PS4, is a dark blue light that shines out when the system is turned on, giving out a glow to the otherwise, cold structure of gaming consoles.

3) “Because the DualShock 4 just couldn’t shock us anymore”:

The DualShock 4 controllers that come along with the PS4 have nothing but pleasant surprises, for one thing, gamers can charge these controllers without having to switch on the PS4, a feature which would be highly regarded by PS3 user!

And how can we not proceed to rave about the brand new clickable touchpad, the unique analog sticks, the never seen before share button, an integrated headphone and speaker jack and a strikingly good looking light bar (with a range of colors to choose from) present on the bottom front of the controller, these additional attributes of the DualShock  4 make for an innovative game play experience for gamers and it would be interesting to see how the various PS4 game producers would use these features creatively to deliver a gaming experience like never before.

4) “Yay! Playing, eating and browsing for a walk-through at the same time is possible.”:

Whether it’s the PS4’s standby mode, or the fact that you can browse the internet for helpful tips without having to quit your game, or the ability to retrieve a game invite asking for assistance in a game you don’t own, download a game from the PlayStation Store, jump into their online multiplayer game before the game has been fully installed, and even jump back into your single player game, this gaming console enables gamers to perform multiple functions at once without the hassle of long loading times and splash screens making this one of the best features of the PS4 considering that most of the gaming consoles aren’t multitask oriented!

5) “So it’s not as sophisticated as it looks…perfect!”:

Don’t we all hate the long and complicated post-console purchase phase, where hours are spent on the plugging, connecting and figuring out which cables go in which socket etc, because let’s admit it, gamers aren’t always the best technicians out there, However we can all breath a sigh of relief as the PS4 set up is as easy as it gets, especially if you own a PS3, in fact, gamers can use the same cables from Sony’s last system, making for a very easy swap, all in all, this Sony console can be extracted from it’s package and connected to your TV in about 2 minutes or less.