Home / Amazon / Fire Phone: The First Ever Smartphone From Amazon

Fire Phone: The First Ever Smartphone From Amazon

Jeff Bezos, the Amazon CEO has announced the company’s first ever smartphone, which is known as Fire Phone, The long rumored smartphone is finally revealed with its stunning specification. Amazon stepped into the smartphone market with a super stunning machine.

The Smartphone comes with a 4.7” IPS LCD HD display with Gorilla glass 3 along with an industry-leading ultra-bright display at 590 nits and a circular polarizer for clear landscape and portrait viewing.

The General Basic Configuration of the Fire Phone, It has a Quad core 2.2 GHz processor, 4.7 inches, Gorilla glass, 2GB RAM for High-End Performance, 13 MP rear camera with a F/2.0 of 5Element lens and an Optical Image Stabilization for capturing stunning images with high-resolution and a 2.1 MP Front facing camera. It has got a Adreno 330 Graphics. It’s packed with 2,400 mAh battery.

The phone runs on Fire OS 3.5.0, the highly forked version of Android that Amazon has been using on its Kindle Fire Tablets for a couple of years now. 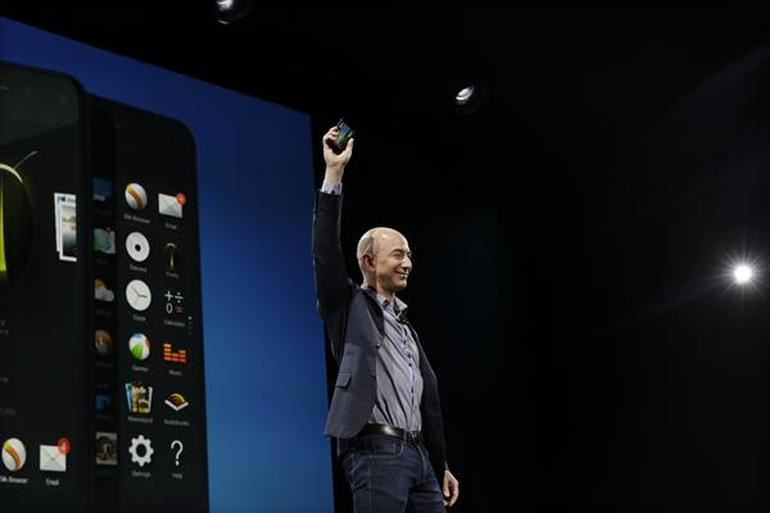 The phone is built with Dynamic Perspective sensors which uses four ultra-low power specialized cameras—the smallest globally shuttered cameras in existence—plus four infrared LED’s for invisible illumination, real-time computer vision algorithms, and a custom graphics engine rendering at 60 fps. The Interface changes based on how you’re looking at it and how you orient the device. 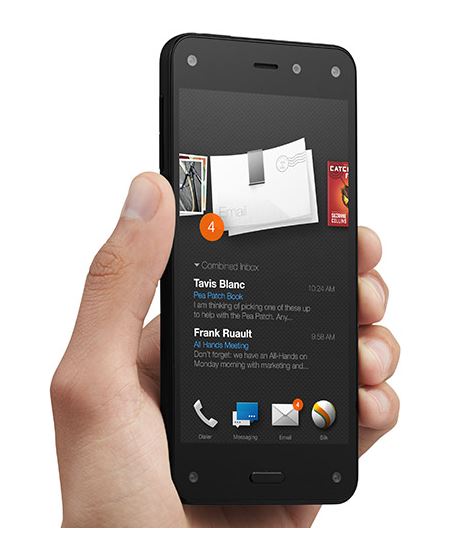 The Fire phone gives its users an Unlimited storage of photos with the Amazon Prime. Some additional features include Auto scroll which is kind of a cool feature here and also the Visual search.

The smartphone uses the FireFly image recognition by just pressing the ‘Firefly’ Button on the phone, the user can scan the texts on the posters or printed lines from the magazines and automatically convert it into Links to navigate to a particular website

“Firefly recognizes over 100 million items” Bezos mentioned it on stage.

The phone also include ‘Mayday‘ the Amazon award winning customer service on device tech support to assist the user. As it is mentioned, That the Mayday response time will be less than 15 Seconds and not more than that, Amazon challenges.

Fire Phone landing  price in  AT&T will be about $199 for 32GB and $299 for 64GB available in the US. ** The price of the smartphone varies with the service agreements.

Incase you missed the press conference, here it is. Watch It! For In-Depth Detail Of The Phone!

For Detailed information and Phone specification you could navigate to this link. Do you think this Fire Phone will Fire the rest of the Smartphones ?? Fire up the comments below!