HP has launched the successor of Sprout PC at CES 2017. The moment you lay your eyes on this technological marvel, you won’t stop your mind from saying Wow!!! This one is the advanced version of Sprout PC launched by the company three years back and it comes with both a 2D and 3D scanner and a projector hanging from the top. 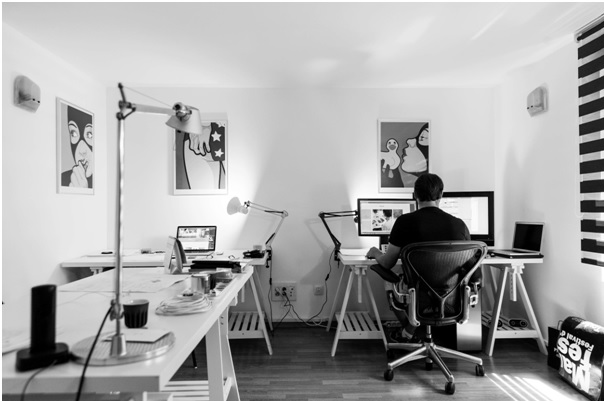 Shape wise, both the models looks the same and come with a touch mat attached to the bottom. The projector is capable of displaying a 21.3” image onto the touch mat and the best part is that it can be used as a keyboard, a touch interface, and a sketchpad as well. That’s not it, there is a bundled pen, stylus and you can use it to sketch or write something on the mat and you get to see the results right on the screen.

I personally felt the scanning feature was a bit weak on the older model, but with G2 the company has made significant improvements as far as scanning is concerned. You get to see the changes in the camera department as well, the older model used to come with an Intel RealSense depth-sensing camera, but the latest one comes with Orbbec camera. Like I mentioned above, the camera can now 3D scan an object and you only have to use your hands.

Are you wondering what are 3D scans for? This will depend on what the users want to create. HP has offered an updated SDK for this model, this will allow the developers to test their creativity in creating new applications that use the projector and scanning features of the PC. HP also has an exclusive app store where such user-created programs are easy to browse and download. The Sprout Pro G2 also comes packaged in with a WorkTools suite of software having basic editing features for both 2D and 3D scans.

The personal computer can be used anywhere from retail to engineering firms. Just think of customizing your own furniture before you actually buy it. With increasing number of classrooms adopting coding and computer literacy, Sprout Pro may enable fresh ways of teaching simple electronics via small-scale projects. Instead of really having to get the parts (a tricky prospect when dealing with the teens) the teachers can make the students prepare virtual prototypes as a group with the help of custom software – there is a reason why the company has made it feasible for four people to use the touch mat at once.

As far as the hardware is concerned, you don’t get to see much difference from the previous model. This new model run on an Intel Core i7 processor, NVIDIA GeForce GTX 960M GPU, Microsoft Windows 10 Pro, it has a RAM of 8GB, and there is 1TB SSD/HDD fusion drive as well.

I must say if you are in the 3D printing field, then this gadget is worth considering. There is one thing you need to keep in your mind, you still need to purchase your own 3D printer.

Sophia Jones tries to live her life like the sun – setting her sights high and vowing to always rise up again. Always game for an adventure, Sophia loves widening readers and her own expectations of our vast, beautiful world. As a journalist, Sophia writes to inform. As a creative writer, Sophia strives to inspire. Overall, she hopes to captivate. She currently writes for sites like qwikfix etc.
Related Items
← Previous Story Bitdefender Antivirus Plus 2016 Review